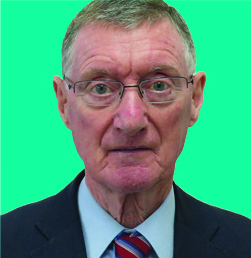 Presentation Title:
From there to here – 30 years on.

The fledgling Health and Safety Authority, founded in 1989 in a difficult economic time faced an immense challenge to bring safety and health at work to all Irish workers. It needed, and got, the support of the existing organisations active in safety and health, particularly NISO. Since then, the fatality rate has fallen from 6.4 to 1.6 per cent per 100,000 workers but the need for constant vigilance remains.

A career civil and public servant, Tom Walsh was first Director General of the Health and Safety Authority, 1989 to 2001, having advised the Minister for Labour on the passage of the Safety, Health and Welfare at Work Act, 1989. He later advised on the 2005 Act, the General Application Regulations and the Chemicals Act. Since 2001, he is Coordinator of the Government Interest Group of the EU Advisory Committee on Safety and Health at Work. He is an Honorary Vice-President of IOSH.